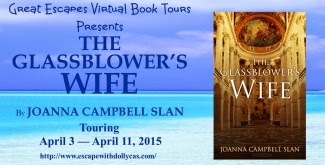 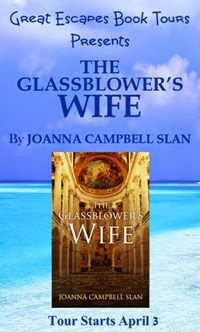 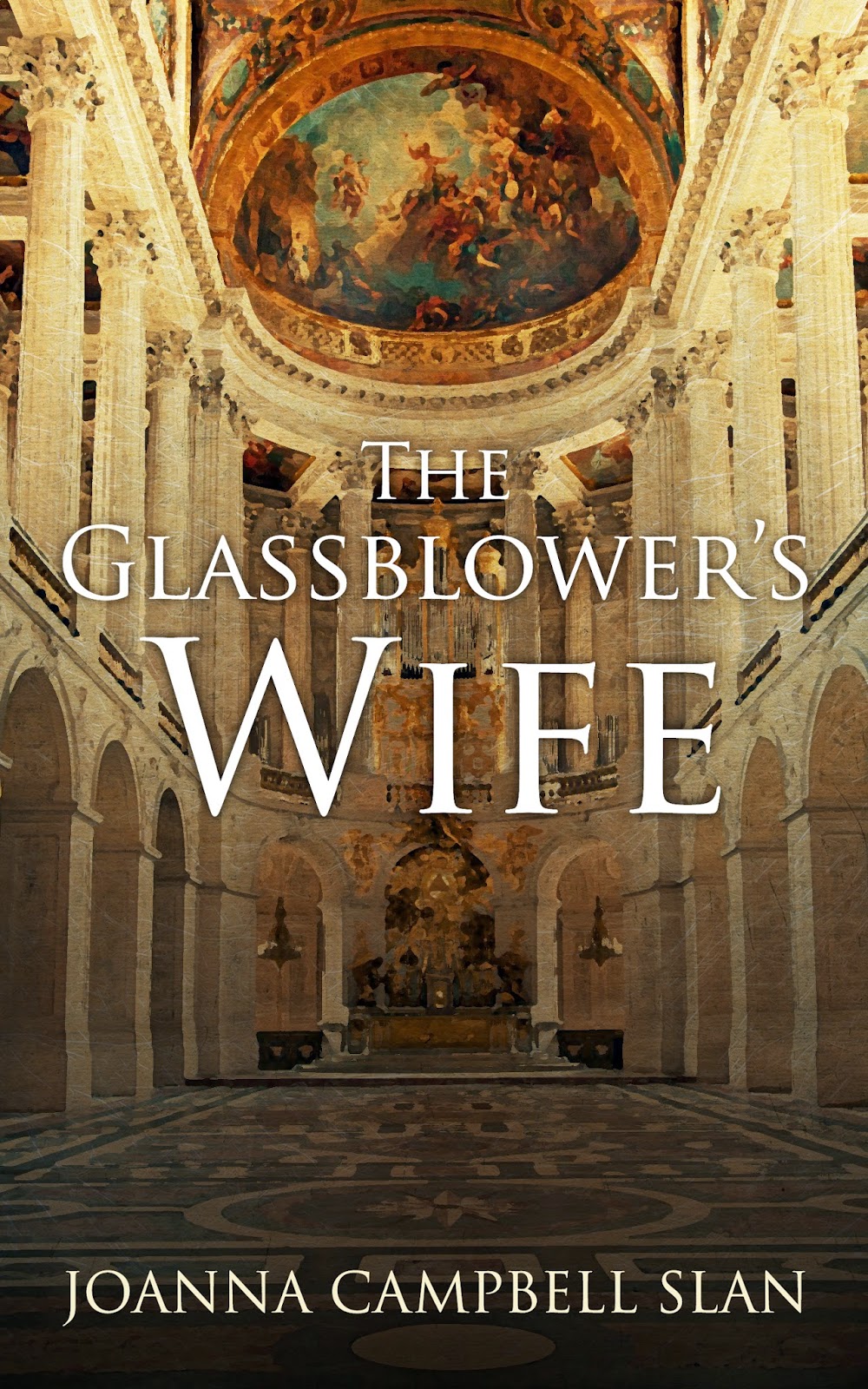 Advance praise for THE GLASSBLOWER'S WIFE ---
"Charmingly told and historically intriguing, this well-imagined and touching tale is one to share with your family and hold in your heart." - Hank Phillippi Ryan, author of THE WRONG GIRL.
"Who knew there were Jewish glassblowers? Joanna Slan knows, and she imagines their lives-and deaths-in a fascinating informative way that brings an unknown part of Jewish history to life."-Steve Lipman, staff writer for The Jewish Week, New York
"Beautifully written historical fiction that really captures the essence of the time period." - Yifat Cestare, Hebrew & Judaic Teacher and Tutor
When Jewish glassmakers and their families flee the powerful Doge of Venice, the cost of their freedom is three hundred and fifty-seven mirrors--the creation of the magnificent Hall of Mirrors in Versailles. But the Doge sends assassins to pick off the artists, one by one. Can Ruth Telfin, the mute wife of the head glassmaker, save her people? This is a 12,000-word short story.

National bestselling and award-winning author Joanna Campbell Slan was born in Jacksonville, Florida, but she grew up in a small town in Indiana. After graduating from Ball State University with a degree in journalism, she worked as a newspaper reporter, a newspaper ad salesperson, a television talk show host, a college teacher, a public relations professional, and a motivational speaker. In that capacity, she was named by Sharing Ideas Magazine as “one of the top 25 speakers in the world.”
She is the author of twenty-two books, eleven nonfiction and eleven fiction, including Death of a Schoolgirl, which won the 2013 Daphne du Maurier Award of Excellence.
Joanna's personal essays have appeared in the Chicken Soup for the Soul series, and one was made into a television program on the Pax Network. The college textbook Joanna wrote—Using Stories and Humor: Grab Your Audience—has been praised as an invaluable resource by Benjamin Netanyahu’s speechwriter and endorsed by Toastmasters, International.
RT Book Reviews has called Joanna “one of mystery’s rising stars.” Her first novel—Paper, Scissors, Death—was an Agatha Award finalist. It features Kiki Lowenstein, a spunky single mom who lives in St. Louis. The sixth book in that series will be released Summer 2013.
Kirkus Reviews has said, “Slan’s mysteries are most valuable for the well-developed characters and the issues they raise.” RT Book Reviews has said, “Kiki is so darn entertaining that she’ll keep readers hooked.” A series of short stories featuring Kiki are available on Kindle.
Joanna’s newest series—The Jane Eyre Chronicles—began with Death of a Schoolgirl (Berkley) and continues with the release of Death of a Dowager. The series features Charlotte Brontë’s classic heroine Jane Eyre as an amateur sleuth.
As “Lila Dare,” Joanna has penned the fourth book in the Southern Beauty Shop series—Wave Good-bye.
Joanna is married to David Slan, owner of Steinway Piano Gallery, which serves metro- Washington, DC, as well as Steinway Piano Gallery in St. Louis, MO, which serves most of Missouri and much of central Illinois. They have one son, Michael, who is a professional poker player. The Slans live with their two dogs, Rafferty and Victoria, on Jupiter Island, Florida.
Website: www.JoannaSlan.com

I would recommend The Glassblower's Wife to fans of historical mysteries and lovers of glass.