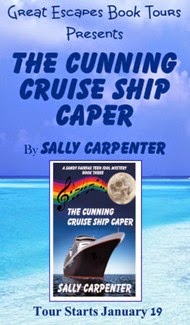 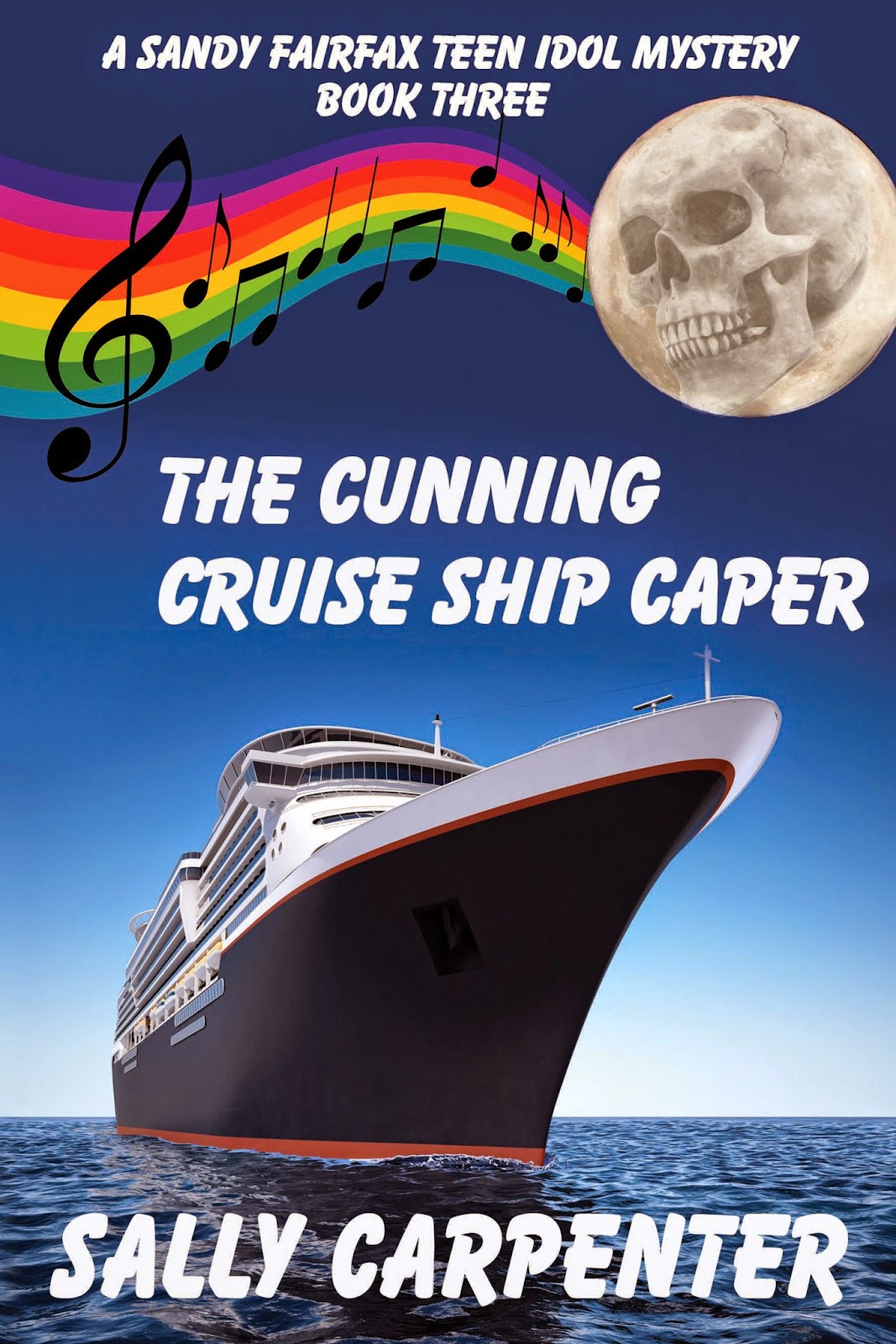 38-year-old Sandy Fairfax is a former '70s teen idol and star of the TV show "Buddy Brave, Boy Sleuth." Now he's rebuilding his career with a series of concerts aboard the SS Zodiac bound for the Bahamas. He makes amends with his estranged sister, Celeste, who is blind and also a musician, so she will join his performances. But their cruise hits turbulent waters when Sandy finds a dead body in his onboard dressing room. He investigates the colorful cast of suspects while avoiding an old flame and trying to ignite something with his beautiful choreographer. When Sandy gets too nosy, the bad guys throw him overboard. Will he sleep with the fishes or escape and unmask the killer at the ship's Halloween costume gala?

Sally Carpenter is native Hoosier now living in Moorpark, California.
She has a master’s degree in theater from Indiana State University. While in school her plays “Star Collector” and “Common Ground” were finalists in the American College Theater Festival One-Act Playwrighting Competition. “Common Ground” also earned a college creative writing award and “Star Collector” was produced in New York City.
Carpenter also has a master’s degree in theology and a black belt in tae kwon do.
She’s worked as an actress, freelance writer, college writing instructor, theater critic, jail chaplain, and tour guide/page for a major movie studio. She’s now employed at a community newspaper.
Her initial book in the Sandy Fairfax Teen Idol series, “The Baffled Beatlemaniac Caper,” was a 2012 Eureka! Award finalist for best first mystery novel.
Her short story, “Dark Nights at the Deluxe Drive-in,” appears in the anthology “Last Exit to Murder.”
“Faster Than a Speeding Bullet” was published in the “Plan B: Vol. 2” e-book anthology.
Her short story “The Pie-eyed Spy” appeared in the Nov. 23, 2013, issue of Kings River Life ezine.

I had read the first book in the Sandy Fairfax Teen Idol Mystery series and enjoyed so I looked forward to The Cunning Cruise Ship Caper. It was a pleasant cozy mystery.

I was on a cruise ship for two weeks in October so it was nice to revisit that with all the cruise ship references. I am sure that anyone else who has been on a cruise will enjoy that aspect as well. Always nice to pick up a few new tips.

We talked with a few of the cruise ship performers and found them interesting so it was cool that Sandy was performing on the cruise ship. We didn't have any mysteries on ours though! (which is good).

Interesting characters on the cruise ship to help keep things fun! Sandy brought his sister Celeste, a blind musician, along for the cruise to assist him as well as work on their relationship.

Fun cozy murder mystery set on the high seas! What else can you ask for!